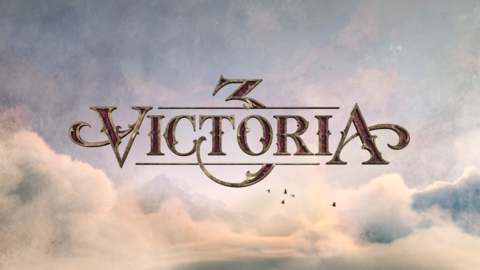 Confirming speculation dating back several months–and hopes and dreams dating back far longer–Paradox Interactive officially announced Victoria 3 during PDXCON Remixed on May 21. The long-awaited grand strategy game was a surprise announcement for the end of the show, and it will cover a 100-year period and allow for you to play as almost any of the world’s countries at that stage in history.

Set between 1836 and 1936, Victoria 3 sees the world undergoing a massive transformation, with the Industrial Revolution creating a world at the end of that timeline that barely resembles the one at the beginning. In traditional Victoria fashion, the focus of the game is on internal bureaucracy and management, with about 50 different trade goods, a whole bunch of different factions and interest groups vying for influence, a customizable law system, and three technology trees that can shape your society in a myriad of ways.

Victoria 3 fashions itself as a “society simulator” and its famous “pops” system returns, giving different populations of people their own characteristics, interests, and numbers within your nation. This can determine their influence and how important it is to please them when making decisions. The Capitalist pop in Prussia, for example, was shown during a media pre-briefing demonstration. They can come into conflict with worker groups based on decisions you make, such as whether to have public options for things like healthcare and require pension plans. Other interest groups care about even higher-level decisions, such as retaining a monarchy or moving to a more representative system.

Markets and internal conflict play a huge role in Victoria 3

Your own power can be affected by these systems, as well. Universal suffrage is pretty much always considered a good thing, but are you willing to implement it in the game? Your edicts and lawmaking power will be severely limited, though you’ll probably feel like a just leader.

One element that does not play a very large role in Victoria 3? War. The game does allow you to battle it out with other countries as you try to expand or retain territory, but it emphasizes and encourages diplomatic options known as “Diplomatic Plays.” These see you engaging with another country in order to do everything from annex and area to form an alliance, and depending on your own power and your standing with neighboring countries, the other party may simply agree to your demands. Underestimate them, however, and they could bring other allies into the fold that outnumber your forces and put you in a dangerous position.

Victoria 3 certainly looks like it will take up a whole bunch of your time if you really sink your teeth into its systems. It has been more than 10 years since Victoria 2 launched, so anticipation and expectations are both sure to be very high.