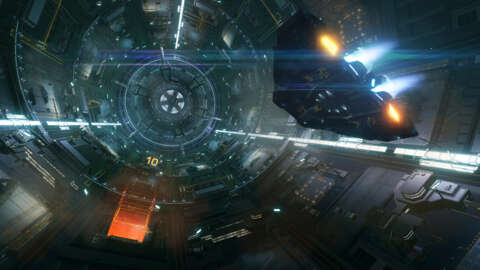 Elite Dangerous: Odyssey, the latest expansion for the space-faring commerce simulator, released last week to a highly-negative reception from players. This backlash–which resulted in a “mostly negative” review label on the DLC’s sale page–led Frontier Development’s CEO David Braben to issue an apology for the game’s rough state.

Odyssey launched back on May 19, and fans immediately reported many issues with it, including inconsistent performance, nasty bugs, and outright crashes. As of this writing, the DLC has more than 2,700 negative reviews out of 4,000 total, which is pretty dismal by series standards. Since release, Frontier has released two small patches for the game, but players are still reporting issues, which triggered Braben’s apology. The fact that the DLC also costs $40 further exacerbated the issues.

“First and foremost, I would like to apologise wholeheartedly to those who have been suffering from these problems. I would like to reassure you that we take these issues very seriously and that they are our top priority and focus,” he said in a message posted on the game’s official forums. “Our second hotfix will be released very soon, which we hope will address more of the reported bugs and bring further stability improvements into the game. We will continue to work on updates which will resolve more bugs and improve stability further.”

Elite Dangerous originally launched in 2014 as a reboot to the storied space exploration series. The game has generally received positive reviews from fans over the years, which has allowed it to continue to enjoy a large community. It remains to be seen if they can right the ship. The main game of Elite Dangerous is on Game Pass, so if you’re a subscriber, check it out if you’re interested.