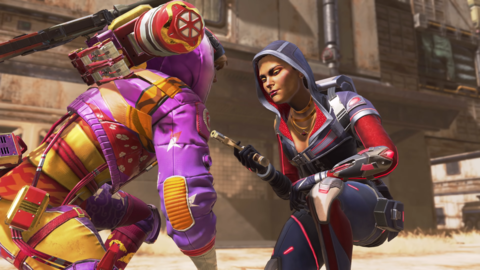 Apex Legends’ most famous landmark, Skull Town, returns to the game during the Genesis event as a brand-new Arenas map. However, Skull Town isn’t here to stay, leaving the battle royale’s 3v3 PvP mode at the end of Genesis, on July 13.

On Reddit, Respawn lead level designer Dave Osei said that Skull Town won’t remain in Apex Legends after Genesis is over because of “a slight tech limitation.”

“Currently, all [battle royale] Arena locations are using the full BR map to run,” Osei said. “You might notice that they take the longest to load when matchmaking. This saved a ton a dev time during production of Arenas.”

Arenas only has two unique maps, Phase Runner and Party Crasher. Its three other maps are like Skull Town, in that they’re prominent landmarks from the battle royale half of the game: Kings Canyon’s Artillery, World’s Edge’s Thermal Station, and Olympus’ Gardens.

“To keep Skull Town, we’d have to find a way to separate it from OG Kings Canyon, which is also a limited-time map,” Osei said. “This requires other departments to get involved (Art, QA, etc.) and they’re pretty busy on future content. So we made the call to keep it limited.”

Skull Town used to be Apex Legends’ most popular drop spot, sometimes attracting entire lobbies to battle it out in one location. In order to shake things up, Respawn had Loba inadvertently destroy the landmark at the start of Season 5: Fortune’s Favor (May 12, 2020). The explosive start to the season saw the loss of South Settlement and Thunderdome as well.

During Genesis, both Kings Canyon and World’s Edge will revert to their original forms, giving players a chance to play on Season 0 Kings Canyon and Season 3 World’s Edge again. The event also adds Revenant’s heirloom to the game, 24 unique cosmetics, and a prize track that offers limited-time rewards. Genesis also implements balance changes for several characters, though Respawn is already teasing further adjustments, such as a future patch for Wattson that will change how she feels to play.