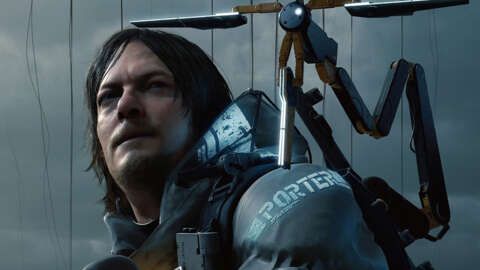 Sony showed a new trailer for Death Stranding: Director’s Cut during its State of Play presentation. The video gave a release date for the special edition, September 24, and showed off a wide variety of new tools Sam can use as he makes his way through the wasteland.

The trailer promised new battles and advanced mechanics to deal with these tougher enemies, like improved melee combat and a electrifying master gun. You can also practice your skills at the firing range.

While exploring the world and making your way between apocalyptic settlements, you’ll have a few new tools at your disposal. Those include a cargo catapult, support skeleton, buddy bot, and jump ramp. A new fragile circuit appears to be some form of race track for you to test your driving skills. We saw some of the new tools in action, like the cargo catapult which launches your wares far across the map.

Death Stranding: Director’s Cut was announced at the Summer Game Fest event. Kojima Productions and Sony have not announced the upgrade path yet. Given the added content, it may be similar to the Ghost of Tsushima: Director’s Cut, which is similarly a Sony exclusive and will cost a premium to upgrade on PS5.