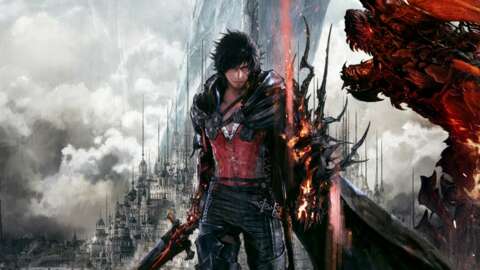 During the latest Final Fantasy 14 Live Letter from the Producer stream, a few new details about the next mainline entry in the series came out from producer Naoki Yoshida. The team has finished the main story scenario for Final Fantasy 16 and the English voiceovers are almost done being recorded. Unfortunately, Yoshida-san also said it’s likely that Final Fantasy 16 will not make an appearance at Tokyo Game Show 2021. (TGS 2021 is scheduled to take place from September 30 to October 3.)

This information comes from a translation via the r/FFXIV Discord channel of a conversation between Yoshida-san and Nier director Yoko Taro during the livestream. Translators via Twitter have also interpreted what Yoshida-san said during the stream, including the implication that next time he wants to show Final Fantasy 16 when it’s ready.

FINAL FANTASY 16 UPDATES FROM YOSHI-P-Voice recording for the ENGLISH version is almost complete-All scenarios set in stone-Development going well, but they might not be able to show it at TGS-He wants to show it at utmost quality so people can watch and think “INSTANT BUY!” pic.twitter.com/YrL5ktKeDp

Creative Business Unit III–the Square Enix development team behind FFXIV–is also on Final Fantasy 16, which is the next major single-player entry in the iconic RPG franchise coming to PlayStation 5. Yoshida-san remains the director and producer for FFXIV while also taking on the role of lead producer for Final Fantasy 16.

For more on the upcoming RPG, be sure to check out everything we know about Final Fantasy 16. And for those interested in the critically acclaimed MMORPG, catch up on all the details from the FFXIV Endwalker benchmark trailer and the expansion’s new armor sets.